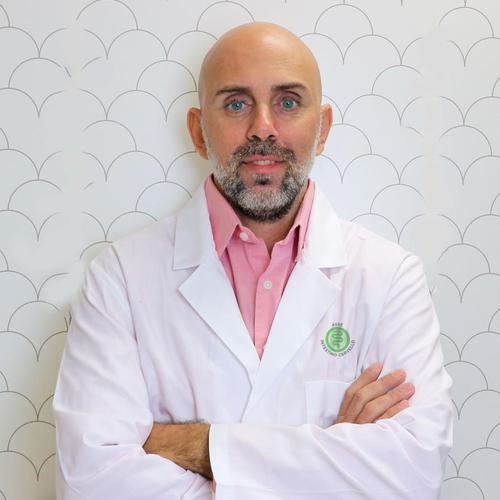 Talks covered by this speaker

Born in Genoa (Italy) 48 years old, Shantih Coro is an Italian American nutritionist who currently lives in St. Augustine, Florida (United States). He obtained his academic training in Italy and the United States and has been dealing with functional medicine applied to sports nutrition and gut brain axis for about 20 years, with great results. Shantih did not become a nutritionist by accident. He reads his first nutrition book as a child, at the age of only 7. Despite eating healthy and loving competitive sports since he was a child he suffers with severe colitis, lactose intolerance and has been in all kinds of diets know at that time. In conjunction with the administration of a vaccine he reacts negatively and begins to get sick often and to take many antibiotics that cause decline in his digestive and mental health. As a teenager, he continues to have digestive problems and SIBO due to which his appendix is ​​removed; over time develops OCD, anxiety, panic attacks and dyslexia; as it is easy to guess, he finishes his studies with great difficulty.

At the age of 27 he was diagnosed with severe Crohn's disease in fact he arrives to weight 85 lbs at his lowest point. However, he refuses to be sick for life and starts reading everything he can about the scientific research and human nutrition available at the time. He thus becomes aware of the Specific Carbohydrates Diet (SCD) and then of the Gut and Psychological Syndrome Diet (GAPS). He ate only broth, meats, lard, and liver for about 7 months because are the only things he can tolerate and slowly progresses into the GAPS Diet. Together with that he start practicing Tai Chi, spending more time outside, working with a psychologist. At the end of 4 long years of ups and down he enters in remission and he has stayed in this way for about 20 years from all his conditions. Shantih does not simply go into remission, vice versa his intestine goes back to being THAT OF A HEALTHY PERSON, as confirmed by the incredulous eyes of his gastroenterologist. Since then, his work has changed completely and he focuses on helping others through gut brain health and today he works with PANDAS/PANS, Autism, SIBO and Autoimmune disease.

To maintain his health he follow a traditional Mediterranean diet incorporating all of the elements of the GAPS Diet but low in fiber and grains, few times a year he follow a 30 days carnivore diet for 30 days and once a week he is able to brake the diet or going on vacation with no problem. In addition to maintain his health he conducts an extremely healthy and balanced lifestyle despite his busy schedule. In his free time he enjoy spending time with his 7 years old boy Keenai, his wife Carolina with whom enjoy exercise, cooking, finding good restaurants and travelling but is very hard for him to stay away from books or scientific literature.

Your logo could go here!

If you'd like to get your brand in front of attendees following the categories this speaker is talking about (on this page, via email and during each talk) contact us.
We use cookies This website (and some of its third-party tools) use cookies. These are important as they allow us to deliver an exceptional experience whilst browsing the site.